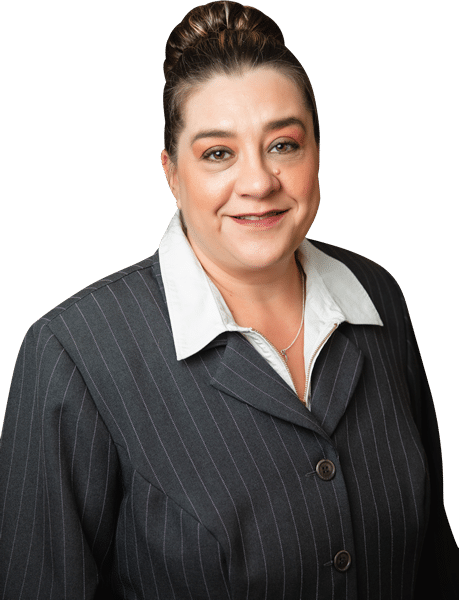 I am a native Phoenician, but grew up in Pinetop-Lakeside, Arizona. I graduated from Blue Ridge High School (GO YELLOW JACKETS!!) in 1993 and I joined the United States Navy in 1994. I got stationed at VP-30 at NAS Jacksonville, Florida and was responsible for the supervision and operation of that squadron’s maintenance control, which was responsible for the upkeep of the planes used in the Navy’s anti-submarine warfare training program.

After being honorably discharged from the Navy, I focused on raising my amazing daughter, Chelsea (who is now almost 25), and finding a career that had nothing to do with warfare. Little did I know I would become a family law paralegal and would be dealing with a different type of “warfare.” I realized that I had a passion for helping people through one of the most difficult times in their lives and I have been fortunate enough to work within the family law community since 2002.

I am thrilled to finally be a part of such a great legal team of attorneys, paralegals and staff and I look forward to contributing to the Firm’s solid reputation of continued successes and their commitment to excellence.

I am a proud dog mom to my old pup, Ivan T. In my free time I enjoy road trips, playing Mario Kart, babysitting my nieces and nephews, spending time at the ocean and being out in nature. My dream trip is to go cross-country in a Winnebago, and then up through Canada to see the Northern Lights.