The History of Owens & Perkins

A Generation of Trusted Attorneys Serving Arizona Since 1967 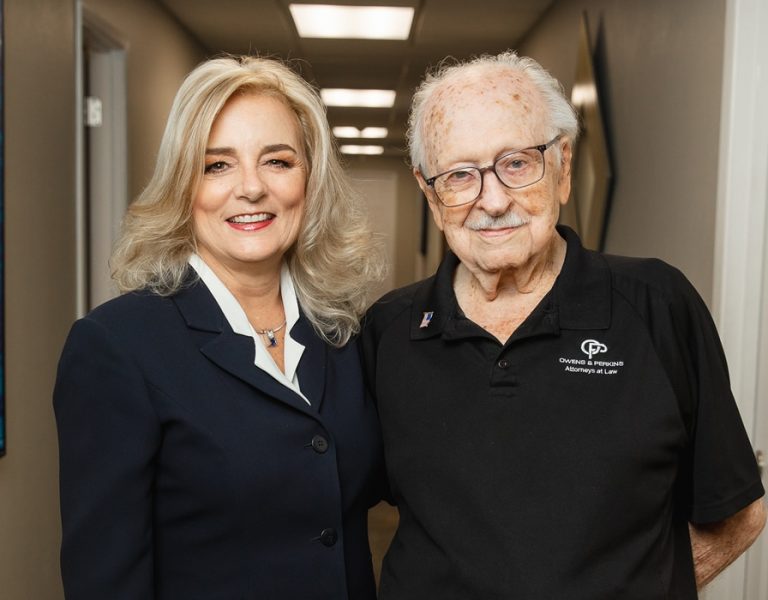 Before his retirement in July 2017, C.D. Owens was the Senior Partner of Owens & Perkins. C.D. was sworn into the State Bar of Oklahoma in 1949 and began his legal career in 1950 for the Sinclair Oil Company. By 1959, C.D. had accepted a management position with Sinclair in their New York offices. After eight years of management in New York City, C.D. packed up his family and moved to Scottsdale, Arizona.

In 1967, Michelle Perkins, the current Managing Partner of Owens & Perkins, was celebrating her first birthday on the exact day C.D. was sworn in to practice as a licensed Attorney in Arizona. The firm C.D. started in Scottsdale grew and grew, and in 1994, Michelle received her Juris Doctorate from ASU and began her legal career as a solo practitioner. Two years later, she joined C.D. to form Owens & Perkins. In 2022, the firm is celebrating its 55th anniversary!

About Our Practice and Our Exemplary Staff

Great law firms are made up of great lawyers and a great staff. We set very high standards in ethics, business, and the practice of law as attorneys. At Owens & Perkins, our lawyers and staff are trained to practice at these very high levels resulting in unparalleled dedication to our clients. We seek out individuals who share our mission to provide superior legal representation and guidance to each client while being sensitive to individual needs. This mission is achieved by adhering to our core values. In return, we have strong, long-lasting client relationships that span generations.

When C.D. Owens began his Arizona practice in 1967, he immediately developed close professional relationships with the local business community. As the community began to know C.D. and his character, determination, and sheer tenacity, they began entrusting him with their personal and family matters as well. Since that time, those clients have had children, who have had children, and they all seek legal guidance and advice from Owens & Perkins. Generations representing generations!

Our client testimonials, awards, and accolades are only a small recognition of our dedication to and compassion for our clients, their families and businesses, and the community in which we live. The greater results of our work are the improvement in the lives and fortunes of our clients and their families.

If you have a legal question or problem or you would like to establish a relationship with our law firm, please contact us at (480) 994-8824.