In this article, we’re going to be comparing mediation vs. arbitration.  Mediation and arbitration are both forms of alternative dispute resolution (“ADR”) – meaning resolving the case in a way other than a trial before the Court – and many people assume that they are the same and use the terms interchangeably, but when comparing mediation vs. arbitration, they are both very different and are not the same thing at all. 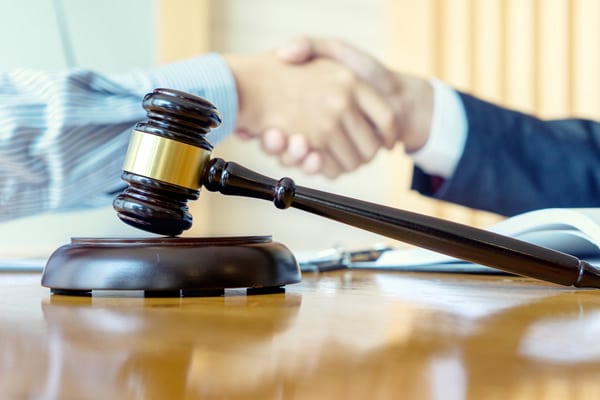 Mediation is a settlement negotiation and process that takes place with the assistance of a neutral, third party – the mediator. Usually, this third party is an experienced family law attorney who will try to work with both parties to highlight the pros and cons of their respective positions and give guidance as to what may occur if the matter were to go to trial.

In order to reach a settlement or full resolution of a case, both parties must agree to the terms – the mediator cannot and will not force either party into a settlement.

Arbitration, on the other hand, while also being an alternative way to resolve disputes, is very different from mediation. It is much closer to an actual trial than mediation but is a little looser in terms of procedure than an actual trial.

In arbitration, a single person or panel of persons acts as an arbitrator (decision maker, similar to a Judge) and they are empowered to listen to both sides, take and evaluate evidence, and ultimately make a final decision on the case.

It can involve many of the same elements as a trial – exchanging disclosures, conducting discovery and depositions, presenting testimony from witnesses, and admitting and reviewing documentary evidence – but is usually not held with the same formality or have the same technical and procedural requirements that a Court would require in an actual trial which helps keep down costs.

Additionally, you are allowed as much time as needed to present your case and are not subject to the extreme time constraints imposed by the Court for trial.

MEDIATION VS. ARBITRATION IN ARIZONA 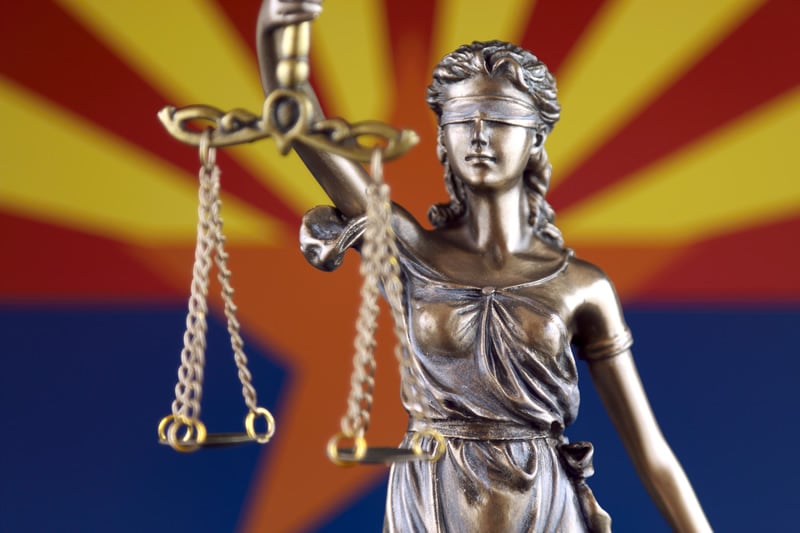 Typically, here in Maricopa County, the Court limits most cases to one-half day or three (3) hours for trial, giving each party approximately one and a half (1.5) hours to present their entire case which could include disputed issues on custody (legal decision-making), parenting time, child support, spousal maintenance, and property division; often, an hour and a half is not sufficient to fully present your positions on these sometimes complex issues.

With an arbitrator or arbitration panel which is retained by the parties, you are provided with as much time as is necessary to present your case which not only is beneficial for your case but tends to end up with the parties much more satisfied that they received the full measure of their “day in court” and had more control of the process.

Finally, a panel or multiple arbitrators lessens the likelihood of the appearance of bias instead of one solitary judge, you have several with their own perspectives looking at the testimony and evidence presented. But at the end of the day, much like an actual trial, the arbitrator(s) will make the final decision and issue orders on how the case is resolved.

MED-ARB: Now, it is possible to combine the two processes – mediation and arbitration – to try to get the best of both worlds as an alternative to trial. In these cases, the parties select a third party to act as mediator/arbitrator. Then they proceed with mediation first and settlement discussions as described in the mediation section above, and the third party acts simply as a mediator.

In the event the parties are unable to reach an agreement or reach agreements only on a portion of the issues, they then proceed to engage in arbitration with the former mediator now being authorized by the parties to make final decisions on the remaining disputes. This can often be more cost-effective and more satisfying in some respects as the mediator has usually had significant involvement with the parties and the facts in dispute as a result of the mediation and this gives the parties much more confidence in the mediator and decisions that are rendered later in their role as arbitrator.

Many times a mediator has spent significant time with both parties, understands their concerns and issues, and has a larger depth of information relevant to both the parties and the issues in dispute to a certain extent than a judge will during a three-hour/one-half day proceeding, or even an arbitration panel with more time allocated, ever will. It also allows the parties much more control over the process – they can decide when mediation ends and the arbitration process begins as well as the time frames for both.

When comparing mediation vs. arbitration, whichever of the three different alternative dispute resolution processes outlined above is used, the goal is the same – to avoid the emotional toll, headaches, and cost of going to trial in your matter. All three can be cost-effective tools to avoid extended litigation and reach a resolution in your case.

Owens & Perkins has been serving the valley of the Sun for 55 years. During that time we have represented numerous people in hearings and trials and we see firsthand the toll that protracted litigation can take on a person. No one wakes up one morning and decides they are getting a divorce. It takes a long time to make that decision so, by the time you make the decision, you are ready to move forward, put this chapter behind you, and start your life anew.

The use of any one of the above-referenced alternative dispute resolution tools will allow you more control over the outcome, which results in a more detailed agreement that will specifically meet your needs and those of your family.

Reaching an agreement as to the terms of the divorce will also significantly reduce the likelihood of your being dragged into court in the years to come because you have a detailed agreement that was negotiated and both parties. And, while you will not get everything you want in a negotiated settlement, both parties agreed to the terms.

People are more likely to abide by terms they agreed to when compared with orders mandated by the Judge. And, your agreement, will be turned into a Court order so it will have the same weight in the future as if a Judge had made those rulings or decisions.

If you and your spouse are looking for a cost-effective and efficient way to proceed through the divorce process, mediation is the most common way of achieving that goal. Med-Arb (or the combination of mediation and arbitration) would be the second most common way.

At Owens & Perkins, our attorneys provide services as neutral mediators and/or arbitrators and we would be happy to work with you and your spouse to get you to a resolution.

If you would like to find out more about mediation, arbitration or the combination of the two or would like to engage one of our attorneys to mediate and/or arbitrate your dispute, please contact OWENS & PERKINS at 480.994.8824 today to schedule a free thirty (30) minute consultation or CLICK HERE.